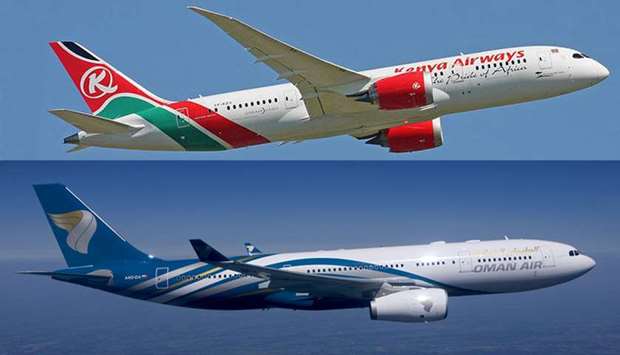 Both airlines Kenya Airways and Oman Air expands their code share agreement. Since 2017, the two operators cooperate on the links between their respective bases. They have thus developed their cooperation on other lines. Today, the African carrier serves under KQ code flights via its hub in Muscat, to Jeddah and several other Asian destinations like Chennai, Delhi and Lahore.

For its part, the national carrier of Oman Air places the code WY on routes serving several African cities via Nairobi, such as Dar es Salaam, Johannesburg and Entebbe.

As a reminder, Kenya Airways announced a few days ago, having recovered two aircraft type Boeing 787-8 Dreamliner, rented to the Omani company. It plans to exploit them to reinforce already existing lines.