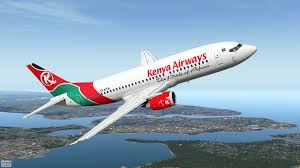 A connection between Kenya and Jamaica may be possible. Talks between Uhuru Kenyatta, president of the African country and Andrew Holness, prime minister of the Caribbean country, are advanced.

The two officials discussed during their meeting, the possibility of cooperating in the field of civil air transport. According to them, this strengthens economic relations between the two states.

Kenya Airways is an airline with a fleet of more than 100 aircraft, some of the most modern in Africa. Its network is composed of more than five hundred destinations.

It is worth remembering that the leader of air transport in Africa last year launched a direct link between Nairobi and New York. He is preparing to launch a line connecting his hub Jomo Kenyatta to the airport of the capital Kignston through non-stop flights.