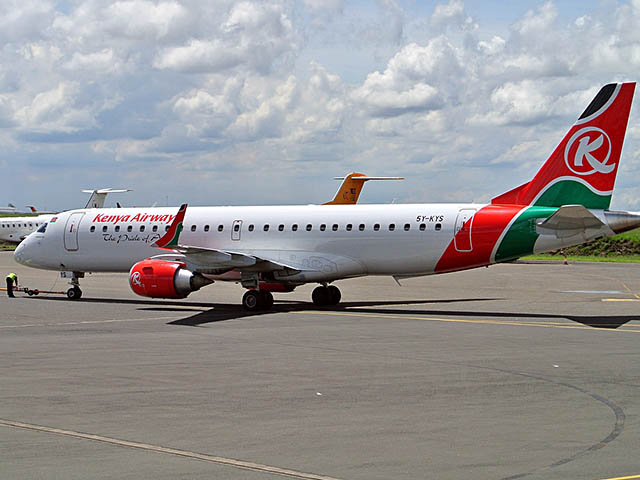 Kenya Airways has just announced its return on the Nairobi-Libreville route. The national carrier will offer its first flight to the Gabonese capital on October 29.

Five years after the deletion of its line serving the Gabonese destination, Kenya Airways will resume this month flights to Libreville by operating its Embraer 190 96 passengers.

Five flights per week will be operated by the African company to the destination Gabon namely, Saturday, Monday, Tuesday, Thursday and Friday at 8:20. According to Airlineroute, Kenya Airways will also operate its Boeing 737-800 aircraft (145 seats) between these two destinations.